“Stillness is leaking from stone and concrete” by Stephen Symons

Stillness is leaking from stone and concrete

Whether night or day
the world seems paused at 4AM —

Somewhere a grey priest
is ringing a church bell,
practicing for that moment
when the clocks cast off this spell.

I once gave a family
a jigsaw puzzle to pass the time
and now wonder if they ever
discovered it was missing
a single piece of sky.

Across the city, an old man
is watching that piece of sky
slide from the landscape on his curtains,
while next door, two lovers have become
the mapmakers of their own bodies.

Stillness is leaking
from stone and concrete
into the streets,
so each pool of reflection
is a duplicate earth distilled of humanity.

Most of the voices we know
have turned to dust and breadcrumbs,
snaring sunlight on the
floorboards of empty hallways.

Slowly, nature is making a temporary
comeback of clarity and vengeance
until each minute is missing a second
and each hour, a minute.

Eventually, all those seconds and minutes
will add to something
that is neither night nor day,
something closer to the purity
of a ticking clock in darkness,
marking that moment we
cast off the spell
before sleep,

the streets will be full
of the languages
and laughter of countries
returning to blindness.

Stephen Symons is a graphic designer and poet. He holds an MA in Creative Writing and a PhD in Historical Studies. His poetry, essays and short-fiction have been published in journals, magazines and various anthologies, locally and internationally, including Prufrock, Carapace, Stanzas, New Contrast, New Coin, uHlanga, Aerodrome, Poetry Potion, The Kalahari Review, LitNet, Badilisha Poetry, Wavescape and Patricia Schonstein’s Africa anthology series. His short stories have also appeared in the Short.Sharp.Stories anthologies (2015, 2016 and 2017), amongst other anthologies and magazines. His unpublished collection, Spioenkop, was listed as a semi-finalist for the Hudson Prize for Poetry (US) in 2015. A selection of his poems was selected for an international anthology of contemporary poetry, titled A World Assembly of Poets (2017). Stephen’s debut collection of poetry, Questions for the Sea, was published in 2016 by uHlanga Poetry Press and received an honourable mention for The Glenna Luschei Prize for African Poetry in 2017. His second collection of poetry, Landscapes of Light and Loss, was published in 2018 by Dryad Press. He lives in Oranjezicht with his wife and two children.

Stephen has designed (cover and typesetting) the following books for Karavan Press: 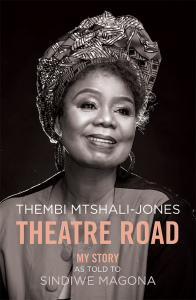 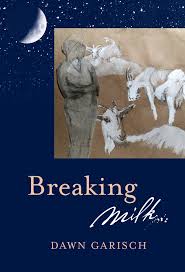