This year’s discovery, though, is Jennings (born 1982), who, in spite of having produced several excellent earlier books, has not been afforded the acclaim in South Africa that she deserves. The truth of the hoary adage that a prophet is rarely hallowed in her own land rings especially true, it would seem, of South Africans who write literary fiction in English.

Whether Jennings’ name appears on the shortlist that will be announced in London tomorrow afternoon or not, one can only hope that her longlisting will have changed the trajectory of her career: that she will never again have to make out a case to be published. And never again be published in print runs of only 500.

We are delighted to announce that Karen Jennings and her UK publisher, Holland House Books, have approached Karavan Press for the co-publication of Karen’s latest novel, An Island. We have been in discussion since Karen’s last visit in Cape Town and have now signed a publishing agreement. Karavan Press will publish the local edition of this exquisite novel.

Samuel has lived alone for a long time; one morning he finds the sea has brought someone to offer companionship and to threaten his solitude…

A young refugee washes up unconscious on the beach of a small island inhabited by no one but Samuel, an old lighthouse keeper. Unsettled, Samuel is soon swept up in memories of his former life on the mainland: a life that saw his country suffer under colonisers, then fight for independence, only to fall under the rule of a cruel dictator; and he recalls his own part in its history. In this new man’s presence he begins to consider, as he did in his youth, what is meant by land and to whom it should belong. To what lengths will a person go in order to ensure that what is theirs will not be taken from them?

A novel about guilt and fear, friendship and rejection; about the meaning of home.

Karen Jennings was born in Cape Town in 1982. She holds Master’s degrees in both English Literature and Creative Writing from the University of Cape Town, and a PhD in Creative Writing from the University of KwaZulu-Natal. Karen’s stories and poetry have been published in journals across the globe. In 2010, her short story From Dark won the Africa Region prize in the Commonwealth Short Story Competition. Mia and the Shark won the English section of the Maskew Miller Longman short story competition in 2009 and is now studied in schools. Finding Soutbek was her first novel. Her short story collection Away from the Dead was published in 2014, and her Travels with My Father – An Autobiographical Novel was published in 2016. Karen’s first full poetry collection Space Inhabited by Echoes was published to great acclaim in 2018. Last year, she published Upturned Earth, a novel set in the copper mining district Namaqualand, Cape Colony, during the 1880s.

Currently living in Brazil, last year Karen completed post-doctoral research at the Federal University of Goiás on the historical relationship between science and literature, with a focus on eusocial insects.

Karen works with the mentorship programmes run by Writivism and Short Story Day Africa, both of which promote writing in Africa. Her interests lie in colonialism, historically and in the lasting impact that it has had on the continent of Africa and beyond. She is particularly concerned with the quiet lives of the everyday people who have been mostly forgotten by the politicians, big businesses and the rest of the world. In this way, she strives to give the ordinary a voice that can be heard and appreciated. 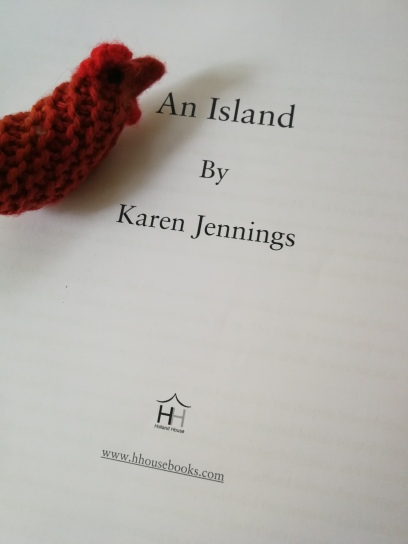