‘Visiting the cheese farm today felt like walking into my novel,’ Dawn Garisch wrote after her recent return to Fynboshoek, the place which inspired the setting of her latest novel, Breaking Milk. 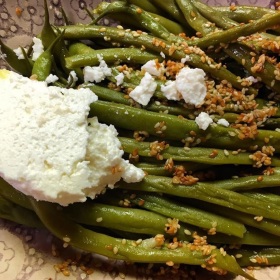 Breaking Milk concerns a day in the life of Kate, a cheese maker.

Don’t come, she is told by her only child. Jess is keeping her mother at a distance on the day that her own children, conjoined twins, are to be separated during high-risk surgery in London.

Kate wakes on her farm in the Eastern Cape, torn between respecting Jess’s wishes and a longing to rush to her estranged daughter’s side.

A former geneticist disillusioned by the pressing ethical questions posed by her job, Kate is now an award-winning maker of organic cheese. She relies on the farm’s routine and the people and animals in her life to hold steady as her day teeters on a knife’s edge.

Meanwhile, her employee Nosisi’s son is undergoing initiation. Forbidden to have contact with him during this traditional passage into the world of manhood, his mother anxiously awaits his return… 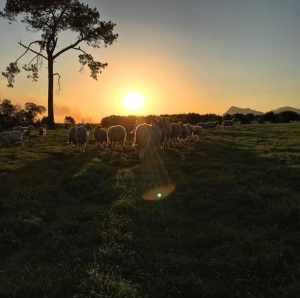 The sky is clotted with cloud, but the background blue is clear, rinsed by the night’s rain. The farmer’s need to know the weather blurs with Kate’s artistic appreciation of cloudscapes – the infinite variety of forms: misty wisps and erupted whites above the underlining of the land.

Kate’s small farm appears over the rise, nestled in beside the dam – an oasis of fynbos and indigenous trees that stand out in a vast green desert of pastures and fields. It does feel like home, she thinks…

In the Acknowledgments of Breaking Milk, Dawn writes: Thanks to Alje van Deemter who allowed me to job shadow him on his farm Fynboshoek in the Eastern Cape so that I could detail his cheese-making process and restaurant business – his produce is as delicious as the book portrays.

Stay tuned for details about a launch of Breaking Milk on Fynboshoek in November. Until then, enjoy the novel, learn more about the art of organic cheese making and have some delicious artisan cheese.